A small but perfectly formed group of Gentians arrived on Friday evening at the MAM Low House hut near the centre of Coniston for a weekend of hill walking. Stuart had traveled up earlier and the lounge fire was soon blazing and the kettle on.

The consensus was for a pub meal which was taken in the Sun Hotel where we enjoyed the range of real ales to lessen the impact of what Bill Bryson would describe as the ‘optimistic’ pricing of £13.50 for fish and chips

With a good weather forecast for Saturday Phil led off to do the White Maiden via the Walna Scar track returning via Torver and the lake while Mick and Ted completed the round from The Old Man and Wetherlam. Both parties returned in daylight and in good time to prepare the evening meal.

Sunday morning began earlier than intended with a (false) fire alarm at 06.40 am. After an early breakfast Phil and Cheryl set off to complete Scafell Pike from Wast Water while Mick, Chris, Ted, Stuart and Mike drove up to Ambleside to complete the Fairfield Horseshoe. Ice axes and crampons were carried so as to look the part but proved not to be needed and the party were down safely to the estate road through the grounds of Rydal Hall just as darkness closed in.   Overall, a great weekend with a comfortable hut and good weather to complete some 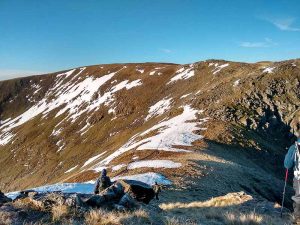 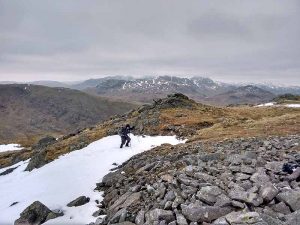 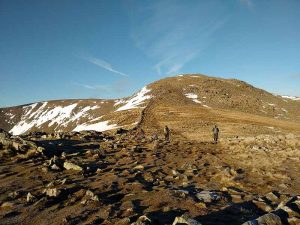 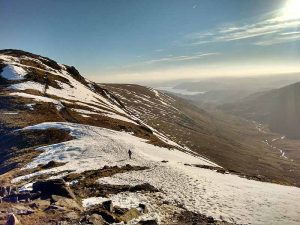 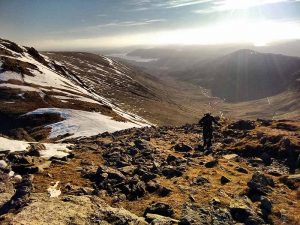