The Welsh one, that is.

On arriving at the Lancashire Mountaineering Club hut, Cae Ysugubor, near Beddgelert, the advance party quickly learned that Phil, Cheryl and Maz had arrived even earlier and had already completed a trip up Cnicht which is known as ‘The Welsh Matterhorn’ because of the similarity in shape. Kit unloaded and rooms sorted, the majority of the group then took the short walk into Beddgelert for a pub meal.

The forecast for Saturday was poor, nevertheless Mick led off for an assault on Moel Hebog via a back route while Ted’s group decided on ascending via the South ridge to the summit of Snowdon to return via the Watkin path. Both groups experienced the promised thick mist and very high winds but the most dangerous part of the day for the Snowdon group proved to be the dense crowds at the summit with the very real possibility of being jostled off the steps up to the trig point or being poked with a selfie stick. The descent on the Watkin also provided a good definition of what ‘badly eroded’ looks like on the ground.

Having returned to the hut, both groups freshened up in preparation for the AGM. Business was quickly completed thanks to Steve’s firm but fair chairing and there was time for him to produce a double-size bottle of prosecco to toast Marie’s significant birthday before the evening meal. In Gentian tradition volunteers produced a three course offering, on this occasion: lentil and tomato soup, spaghetti bolognese or vegetable moussaka, followed by apple and blackcurrant crumble.

Sunday dawned clear and sunny with only a very light wind. Phil’s group headed for the rarely walked area above the Crimea Pass at Blaenau Ffestiniog with the aim of adding to their tally of Nuttalls. Ted opted for Cnicht by the (very) long way, starting and finishing at the hut while Steve and Julia opted for Cnicht by the sensible route from Croesor car park. Reaching the summit was hot work but views were superb with clear views of Moel Siabod and the main peaks around Snowdon.

A memorable weekend, notable for some rare Welsh sunshine, a good hut in a good location and as ever, good food and good company. 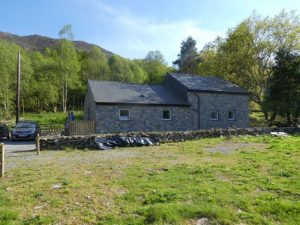 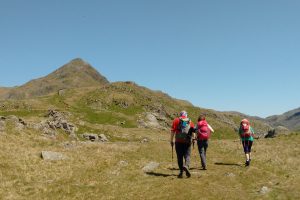 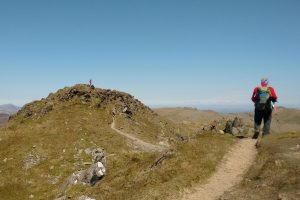 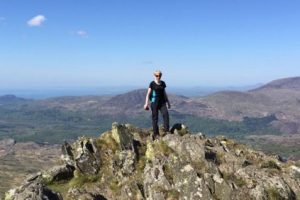 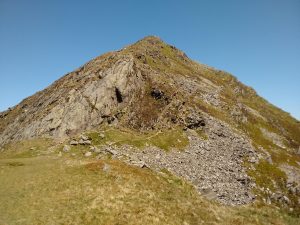 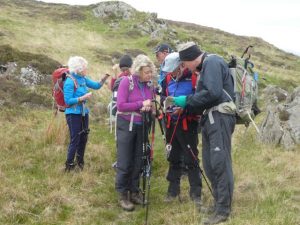